Utah team 2.  Murray Park to Simpson Springs.  Click the above Heading to advance to see more pictures and to also watch the YouTube video   VIDEO.

Team 2 Utah started out at Murray Park, a few minutes ahead of schedule. Good job, Utah Riders! I was the first rider out, on my wonderful 11year old appaloosa, Blackhawk. We swapped the mochilla in style, and left at speed. The first ride is down State Street, a major city artery. We ride in boots (Old Macs, front and hinds, and I make sure they are new for this ride), for traction and compression padding (I add pads inside). We took it easy, Hawk was running well, just a nice leggy canter. It takes a good horse to run these city sections. We have enough space from cars, but we don’t want a spook to leap us into traffic, so I ride my best horse, and spend plenty of time being sure he’s ready …  won’t spook at the painted lines on the road (yep, that’s a thing … the painted “SCHOOL CROSSING” letters could look all the world to a horse like a painted cattle guard, he has to trust when I ask him to run over that stuff), man hole covers and water holes (every 50′, with only 4′ between them, he’s gotta just run on through), kids waving a big American flag, bags blowing across our path in the stiff wind, people going by in cars hollering and waving, and all manner of construction cones and flapping signs. Hawk didn’t even flinch. A few blocks down we stopped at a stop light (yes, the mail has to wait for those), and realized we had outrun our chase car. But, as good luck would have it, a Murray City Policeman was next to me, stopped and waiting to turn right. When I motioned to roll his window down and told him my predicament (my nice wide shoulder on the roadway was ending right there), was there any chance he could follow me a couple miles, he said sure, he’d never followed the pony express before, and I had a wonderful police escort. (THank you, Murray City Police!). We passed off the mail to Carl, who took it on down to 1300 West. Our first ride was a good success. Our second ride was out near Camp Floyd, and hmm… it was really, really windy and the dust through that whole Utah County valley was pretty terrible. I took pictures of several of our other riders. Utah was picking up speed despite this nasty headwind, and we were getting close to an hour ahead of time. Yay! Our second ride in that wind was not Hawk’s favorite. It was so windy the mochila was blowing up into my lap, creating more of a sail than anything else, the sand and pebbles were pelting us in the face, and it was as if Hawk was running uphill. If you haven’t ridden a mochila before, take a look at some of the other pictures from the last california section… see that fold down the middle of the seat? That’s one heck of a wedgy. Ouch. Anyway, Hawk ran it through that dust storm, and we passed off to Adam who ran it into Camp Floyd. Nice job, team 2, we were well ahead of schedule. OUr next ride was out on the desert between Faust and Simpson Springs. That’s some beautiful country. We didn’t see wild horses this year (too bad), but lots of antelope. Those teeny tiny antelope babies are mighty fast !! It was still windy as could be, but a little less dusty than in the Utah valley, where construction zones leave big swaths of land exposed and blowing away in the wind. That was a nice ride, good footing, great views, hot 97 degrees, but I soaked Hawk and I before our run, and the wind kept us comfortable. That headwind, though … uphill all the way!  He was still running strong and easy, no encouragement needed, just legging it along. We passed off to Adam again, gave Hawk a drink (after / before every ride … we used about 20 gallons total on this trip, most of which he drank, it was hot, dry, and dusty). Not far before Simpson Springs, we took another leg, just a mile this time, as Hawk had barely run, so Jamie and I split a 2-miler someone else didn’t want to run. Still running well… and ahead of schedule, yay Utah!  Our last run was the whole team on a happy group gallop and wahoo into Simpson, fun fun fun. Hawk didn’t want to stay behind the mail horse, and kept turning on the steam, but I’d ask him to dial back a little, and we all got there together. That horse has a lot of run in him, and love to go. Good job, Team 2 Utah! Mail delivered in style, about half an hour early. Go Pony!!

P.S.– Thank you to the lovely lady from Nevada, who showed up with FROZEN Otterpops to share at the bottom of Lookout Pass. Never tasted anything so good just about then!
And P.P.S — Don’t miss the picture of the Ham Radio truck in my collection. Chuck and Gerald are in our Utah team, and they supported the ride from Faust to Ibapah, where there isn’t any cell phone reception. Thanks, guys! 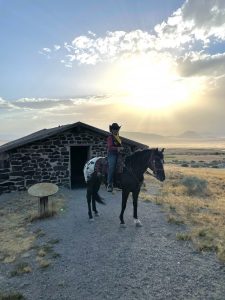 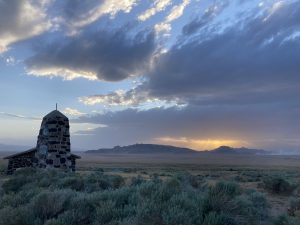 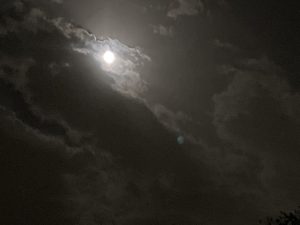 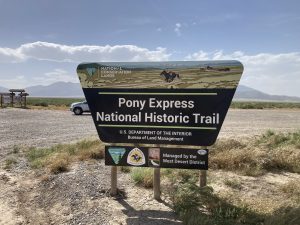 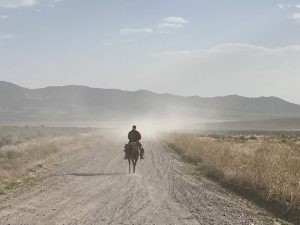 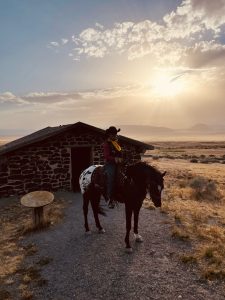 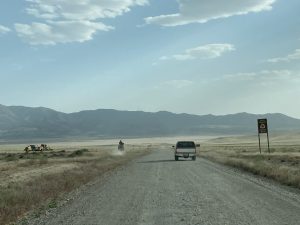 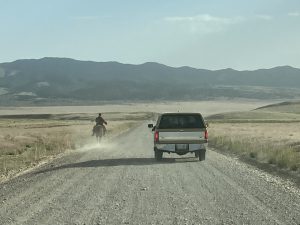 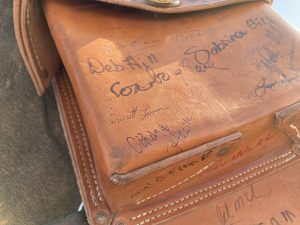 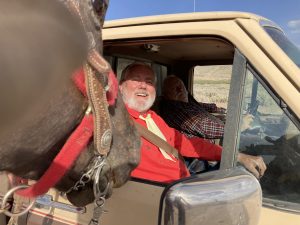 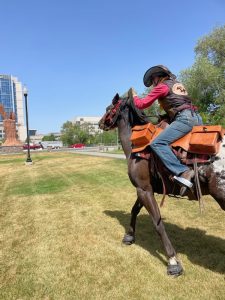 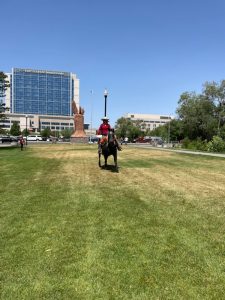 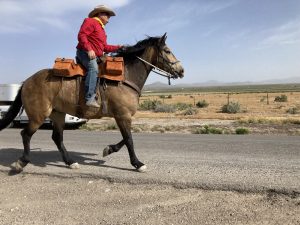 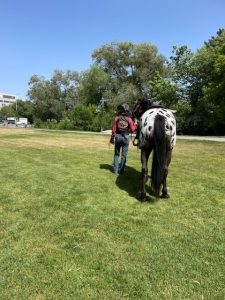 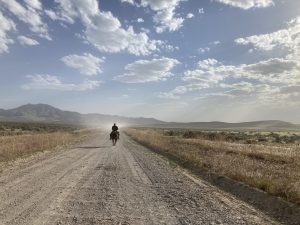 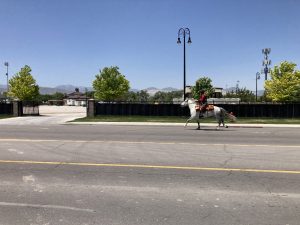 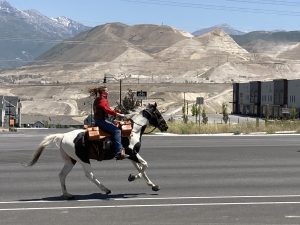 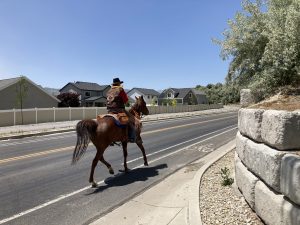