The Pony Express basically followed the Platte River. The trail passed by significant land marks, such as Scotts Bluff and Chimney Rock.

Some will receive special cards & letters, via ‘Pony Express’

What could be more festive in central Nebraska than receiving a beautiful Christmas greeting via Pony Express? Since approximately 2000,, Continue Reading

High Plains Christmas returns to Legacy of the Plains

High Plains Christmas made its return with a full slate of events on Saturday at the Legacy of the Plains, Continue Reading

The Central Nebraska Pony Express rides again on Dec. 11. Those wishing to can address Christmas cards to friends or, Continue Reading

…………..Some 160 years ago, John and Jeremiah Gilman’s “road ranch” southeast of present-day Brady was one of the best-known Lincoln, Continue Reading

2017 Statehood Day: Proclamation Presentation to the Governor by The Pony

THE PONY GOES TO LINCOLN!  by Mary Cone

Watch Video of the Presentation

Statehood Day in Lincoln, Nebraska, on March 1, 2017, celebrated Nebraska’s 150th birthday!  The Nebraska Division of the National Pony Express Association was proud and privileged to be a big part of the day’s ceremonies.

24 Pony Riders carried a copy of the original 1867 statehood document, which was signed by President Andrew Johnson, to Governor Pete Ricketts.   Governor Ricketts and First Lady Susanne Shore greeted the Pony Riders on the west side of the State Capitol Building at 1:15pm.  The Governor asked if we had ridden all the way from St. Joe.  We hadn’t.  Our trailer parking/staging area was in a state-owned parking lot, located just a few blocks from the Capitol.  We had processed by two’s from there, completely circling the Capitol Building, which is set on 4 square city blocks.  Two City of Lincoln Police cruisers escorted the group, front and back, for safe passage.

The front pair of Pony Riders carried the United States (Dick Heinrichs) and Nebraska (Audie Taylor) Flags.  The third pair back carried the yellow XP Flag (Todd Heinrichs) and the Red 150th XP Flag (Alissa Overy).  The second pair was Lyle Gronewold, who rode the 1991 National Re-Ride Mochila and carried the Statehood Day Proclamation and XP print, and Mary Cone, who rode the banner behind her saddle which graced the National Capitol lawn in Washington, DC, on April 3, 2010, while on a horse behind then-NPEA President Les Bennington’s saddle.  Betty Taylor rode the Nebraska 150th mochila that was specially made by the Nebraska Division for 2010.  The Pony Riders were a fine and noble sight and stirred tremendous excitement in the hearts of the mostly city-dwelling crowd.  The horses seemed to sense that it was a special occasion and behaved most admirably.

NPEA, Nebraska Division, Lyle Gronewold of Gothenburg, presented the Governor with the proclamation.  This document would be read by the Nebraska Secretary of State during the official ceremony at 2:00pm inside the Capitol building.  Lyle then presented the Governor and First Lady with an official 150th XP Kohler Print from the 2010 Pony Express Sesquicentennial Celebration.   He explained the significance of the print to Pony Express history.   He also gave the First Couple a map of the XP Route that was printed in 2010, to also celebrate The Pony’s 150th year anniversary.   Lyle shared that his daughter, Stepheanie, had artfully recreated some of the old XP station pictures that are found around the map’s border.  The original station pictures were not available in a reproducible form, so these needed to be drawn by hand.

Mary Cone, Nebraska Trail Captain from Roscoe, then presented the Governor and First Lady with a specially framed 2017 Re-Ride Letter and Envelope.  The Governor commented that his son is named Roscoe and that they had once stopped and taken a picture under the highway sign!  Though not carried over the 1966-mile Pony Express National Historic Trail, this framed letter became the first 2017 Re-Ride Letter to be “delivered” by the Pony Express.  Mary explained the significance of the letter to the Governor and First Lady, telling of how 1000-1100 letters will be carried from St. Joe to Sacramento from June 5-15 this year.  Of great interest to them was the obvious presence of the USPS Nebraska Sesquicentennial Forever Stamp, which will adorn each letter that will be carried during the Re-Ride in June.

The Governor asked where everyone was from and shouts hailed from the Pony Riders:  Blue Hill, Roca, Hebron, Endicott, Chester, Snyder, Gothenburg, Fairbury, Cozad, Steele City, Glenvil, Brady.  He then thanked us warmly for participating in the special day, and departed off to the Capitol Building for the official Statehood Day Celebration Ceremony inside the Legislative Chambers.

On Statehood Day in Lincoln on March 1, 2017, some young Pony Riders rode to the Capitol instead of attending their

school classes for the day.  But, they were treated to a unique personal learning experience of a different sort that they will not soon forget.   Mary Cone was one of those young Pony Riders 50 years ago, when Nebraska celebrated its Centennial in 1967 (long before NPEA was formed in 1978).  To celebrate, a Pony Express Re-Ride was held across the state in August of that year.  Many towns supplied riders from local horse clubs and 4-H groups.  As a then-young 4-Her, I still remember and hold the experience dear and close to my heart.

What a fabulous day for all of those who participated.

Thanks to everyone, and especially the support people on foot who helped with logistics, brought food, talked with the crowd and scooped poop up off the streets behind the horses!  It was indeed a special day for all involved. 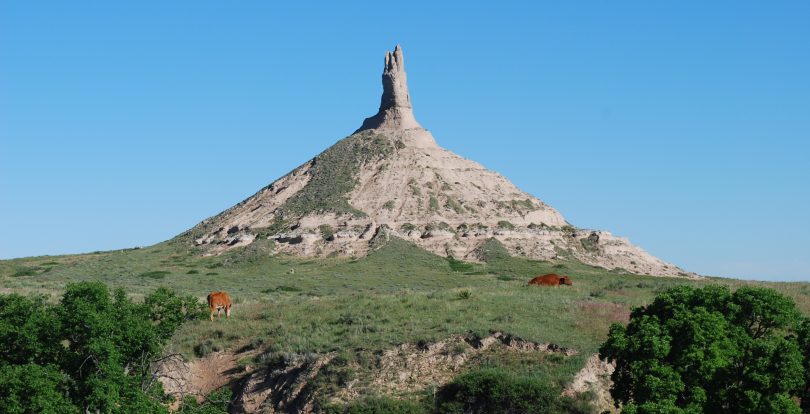 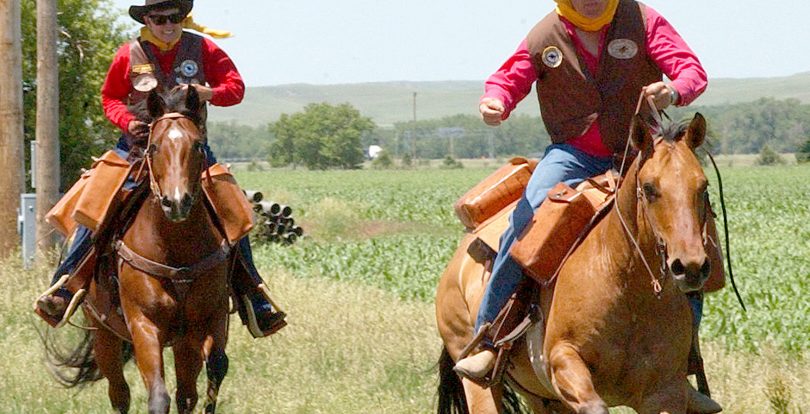 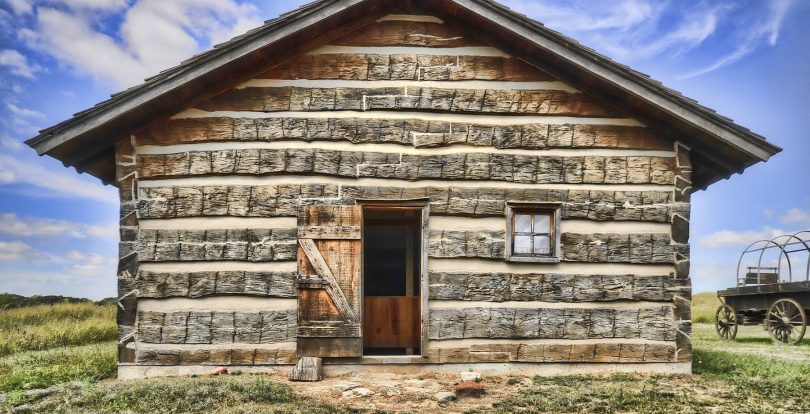 Replica of the Rock Creek Station in Nebraska. Photo by Frank DiBona. 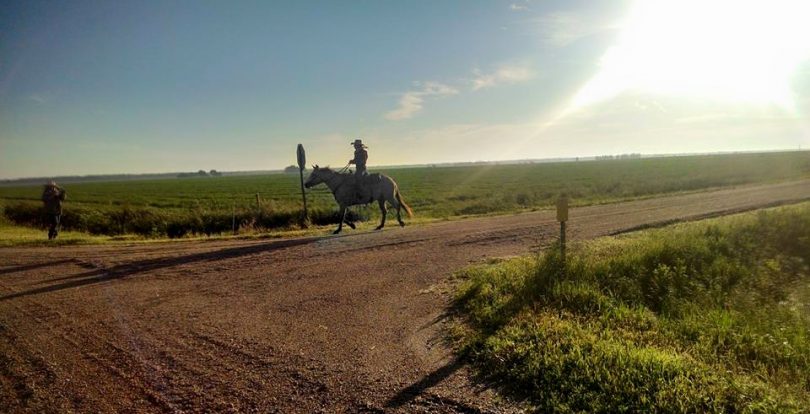 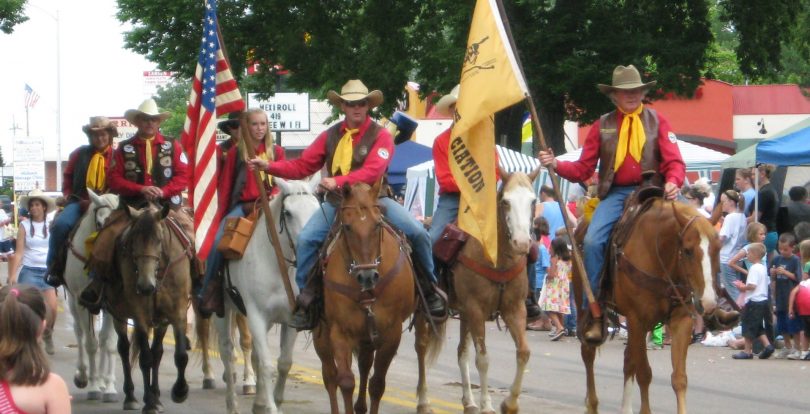 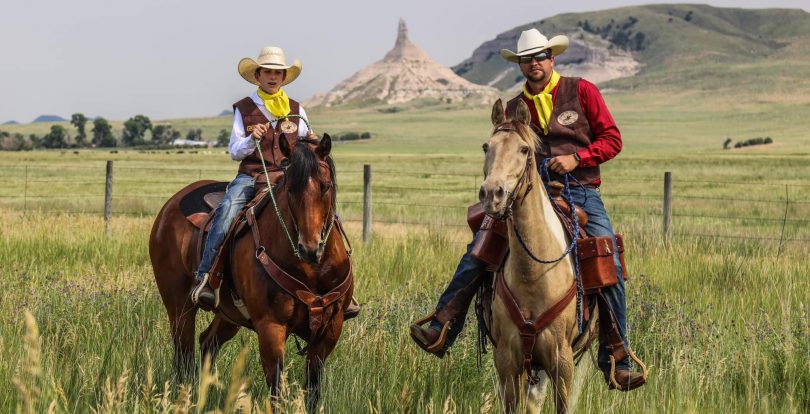 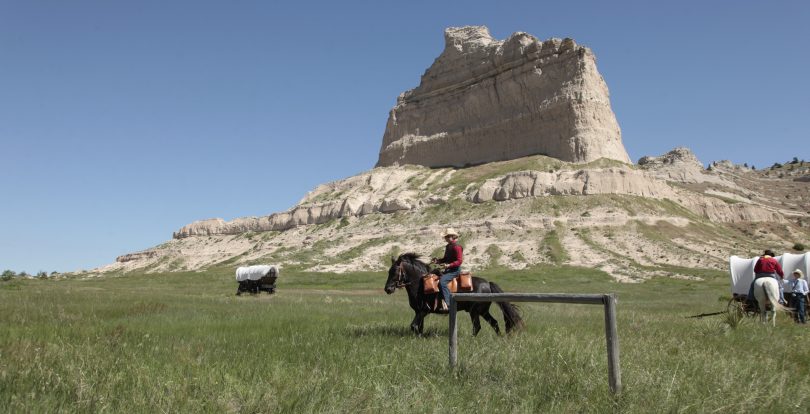 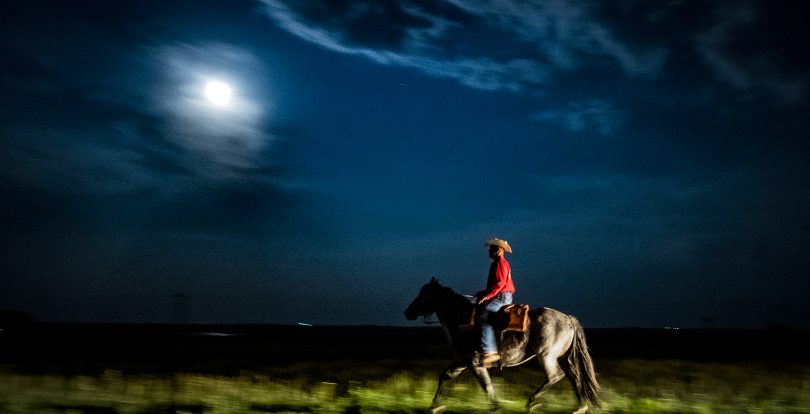 Riding at night in Western Nebraska 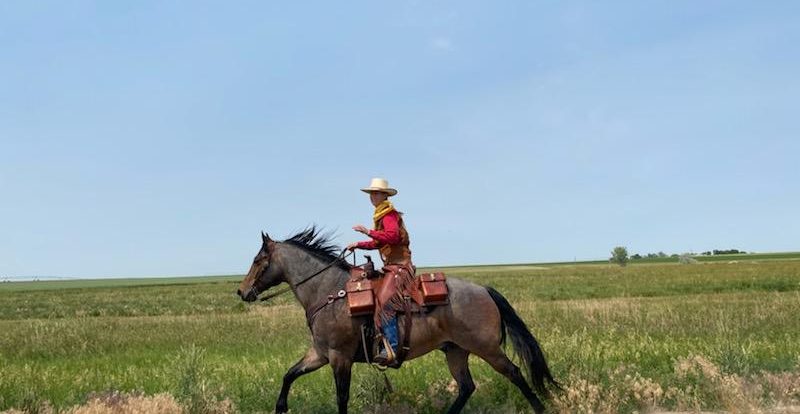 Rider in Southeast Nebraska
Previous Next